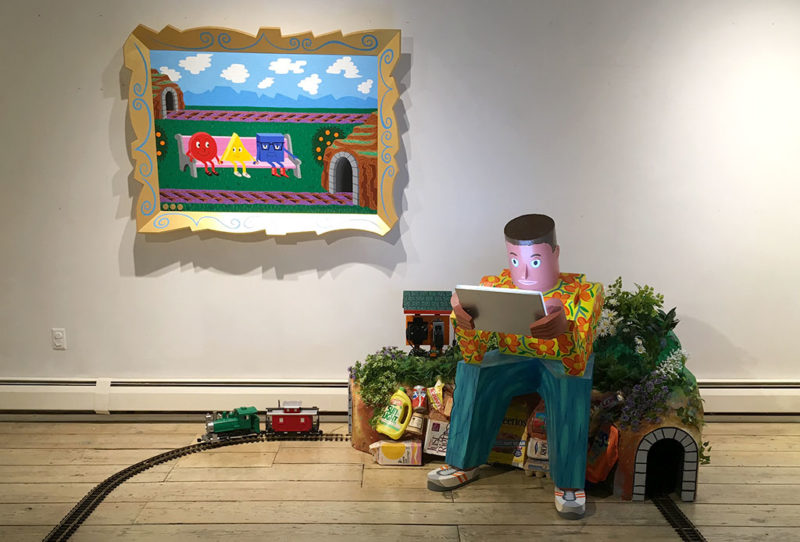 “Joe and the Landfill” was built for my 1990 show “Cosmic Adhesive” at Gracie Mansion Gallery in Soho. At that time the piece was part of an installation that was a large table, resembling a hobby train set, covered with blocky metaphorical model buildings and structures. In 1992 the piece was slightly reworked and added to “Land Ho” the traveling museum show that was sponsored by the Chrysler Museum in Norfolk Virginia. The show traveled to the Roanoke Museum of Art, and then to the mezzanine gallery of the World Financial Center, just behind the World Trade Center towers. Then in 2000 “Joe and the Landfill” and the whole “Land Ho” installation went to Osaka Japan, exhibited with added paintings and features at the Takashimaya department store. There the show was renamed “Canworld Expo.” In 2001 the whole show was packed into huge wooden crates and sent back to New York, where it went into a storage room for 14 years. Here is a poem:

part of me is in a storage room.
how many legs and arms do I need?
when the storage room rent exceeds the value of the items inside
the gods all laugh.
when finally emancipated
will the Phoenix rise triumphantly from the box?
there are shadow and there is light.

In the summer 2017 the crates were opened and all the work brought to my new upstate NY studio. My plan now is to separate them from the “Land Ho / Canworld” story and give them new contexts and updates if needed. I’m proud to see “Joe and the Landfill” back on display. To celebrate I created a new painting called “Between Tunnels.” It incorporates the tunnel theme from “Joe and the Landfill,” and portrays the elemental shapes of geometry; circle, triangle and square, waiting patiently for the train. I’ve updated “Joe” also, replacing the wooden book he formerly held with a light panel that resembles a modern “device” such as an iPad. Joe stares into the endless glow as the landfill rots underneath. 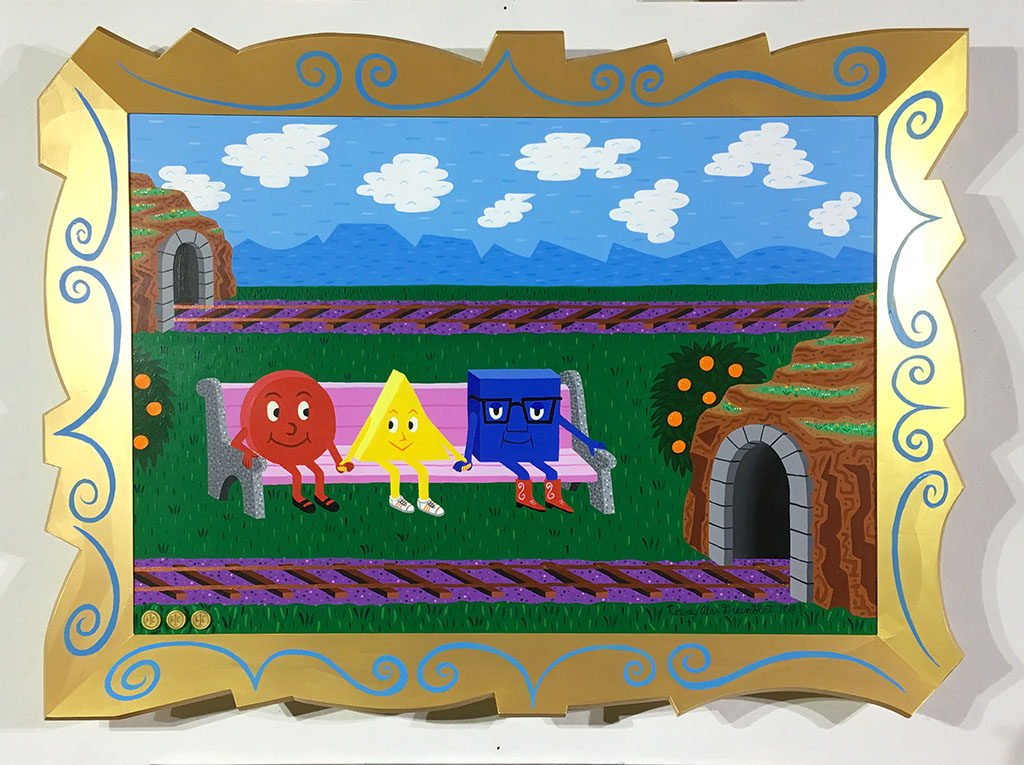