RodneyFun Comic Collection 1 (2015 Edition) The re-published 2015 version of the 1999 original, signed by the author. The original version was a “boxed set” of five mini comic books that is now out-of-print and difficult to find. This 2015 paperback versions puts all the mini comics into one book. Some special title page art was added, but the comics themselves are exactly as they were in the original edition. This is the only place to buy this fun book outside of Japan.

The book contains all five original comic style stories that feature characters from Parappa The Rapper and one new character created for the comic:

PJ’s Dreamland
PJ eats too much of Sunny’s Garden Stew and has a bad dream.

Parappa Gets a Job
Parappa goes though a series of job experiences.

Note from the author:

After the crazy world-wide success of the original Playstation 1 game “Parappa the Rapper” I decided I better write a comic book to show a little more dimension to the character’s personalities. The comic book market is extremely competitive in Japan, so with the help of my agent at Interlink, we decided on the “mini-boxed-set” idea that would be very unusual. The original publisher Little-More was into the idea. Fans loved the project, but because of costs it was discontinued around 2009. Over the years there was still some demand, and Interlink republished it in 2015 in a conventional book format.

The artwork was done in my pencil “sketch-book” style and then cleaned up on the computer. The pencil lines are in different colors for each story, with a full color cover. The characters dialog is in English, with Japanese subtitles below the comic frames.

Fans of the book often ask if I will follow-up with another volume, which had been my plan back in 1999. At the time so many things were happening for me, including “Um Jammer Lammy” and “Parappa 2” that I never got back to the RodneyFun comics project. Now 21 years have gone by and I have yet to get back to writing comic books. It’s still a tough market, and unless I am somehow inspired, it’s doubtful there will be a new edition. That said – there is always hope! 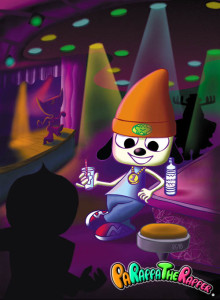 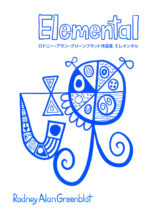 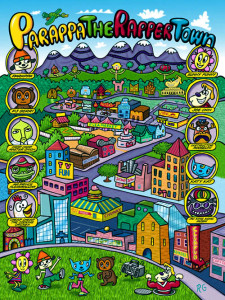 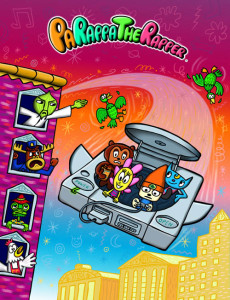 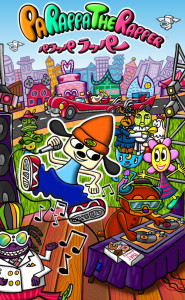 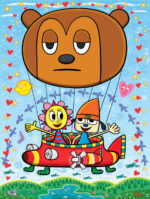 Signed ink jet print of the Parappa and Sunny in a PJ Balloon. 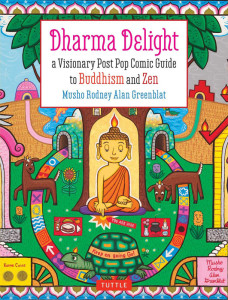