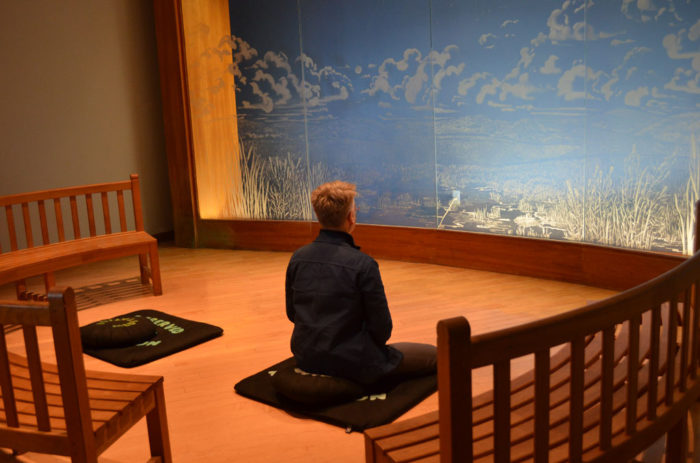 Here is a Dharma talk I gave at the Village Zendo on May 12, 2016. It was inspired by the Albany New York Airport where they have a beautifully designed meditation space called an “Interfaith Prayer Room.” I talk about how useful meditation can be at the airport, a place where many people, including myself, have a lot of well-founded anxiety. Here is the talk in it’s entirety 23 minutes long:

The interfaith prayer room also made me think about the movement to a more accessible popular spirituality. Ways to experience some kind of peaceful transformation, without the trappings of organized religion. In the talk I recite a story that I wrote called “The Traditional Religion” Here is the story:

At the same time a small group of Buddhist teachers began to try to address the needs of this multitude of seekers. These teachers had all fully accepted the Buddha Dharma, studied and understood the Sutras and followed the Buddha’s precepts to the best of their ability. They decided to remove most mentions of Buddhism and Buddha’s direct teachings from their descriptive literature and only focus on wisdom, compassion and mindfulness.

One evening these great teachers were on retreat together. A student who had just returned from Asia thought it might be a good idea to light incense and recite the Heart Sutra. Just as he did one of the senior teachers ran towards him saying, “Oh! We have removed most mentions of Buddhism and Buddha’s direct teachings from our descriptive literature and only focus on wisdom, compassion and mindfulness! There is no need to light incense and recite the Heart Sutra!” But it was too late.

Out of the smoke of the incense the Buddha Shakyamuni himself manifested. He was tall, radiant in golden light. The teachers were shocked to see the Buddha standing before them. They bowed deeply, circled him three times, bowed again and sat down. The leading teacher stood and spoke to the Buddha:

“Oh Great World Honored One we are unworthy of your presence. We have removed most mentions of your teachings from our descriptive literature and focused on wisdom, compassion and mindfulness in order to reach a great multitude of seekers who have forsaken traditional religion. How can we ever restore your favor and become Buddhas now?”

The Buddha smiled and fragrant blossom pedals fell from the sky. He said, “Dear beloved teachers of wisdom, compassion and mindfulness, though you have followed my teaching of Expedient Means perfectly, and brought excellent benefits to many beings, you can never be restored to favor and become Buddhas, not even if you were to praise me and make offerings for as many years as there are grains of sand in ten thousand Ganges rivers. Why is that? Because there is no favor to be restored, no Buddha to become, no wisdom, no compassion and no mindfulness.  There are no direct teachings, indirect teachings, no traditional religions and no multitude of seekers. These words and ideas are as substantial as a drop of dew, a shooting star, a bubble, a dream or a clouding of sight. Seizing upon any word or idea at all is not possible. This is my difficult to grasp teaching of liberation without liberation.”

With those words the teachers were filled with deep gratitude and all were all enlightened. Their tears of joy turned into precious gems and the Buddha shimmered and vanished into rainbow light, and all the trees all blossomed at once and the earth sighed and all the beings of the ten directions felt relaxed and satisfied.

I don’t know where prayers go,

or what they do.

Do cats pray, while they sleep

half-asleep in the sun?

Does the opossum pray as it

The sunflowers? The old black oak

I know I can walk through the world,

along the shore or under the trees,

with my mind filled with things

of little importance, in full

self-attendance. A condition I can’t really

Is a prayer a gift, or a petition,

or does it matter?

Maybe the cats are sound asleep. Maybe not.

While I was thinking this I happened to be standing

just outside my door, with my notebook open,

which is the way I begin every morning.

Then a wren in the privet began to sing.

He was positively drenched in enthusiasm,

I wouldn’t persuade you from whatever you believe

or whatever you don’t. That’s your business.

But I thought, of the wren’s singing, what could this be

if it isn’t a prayer?

So I just listened, my pen in the air. 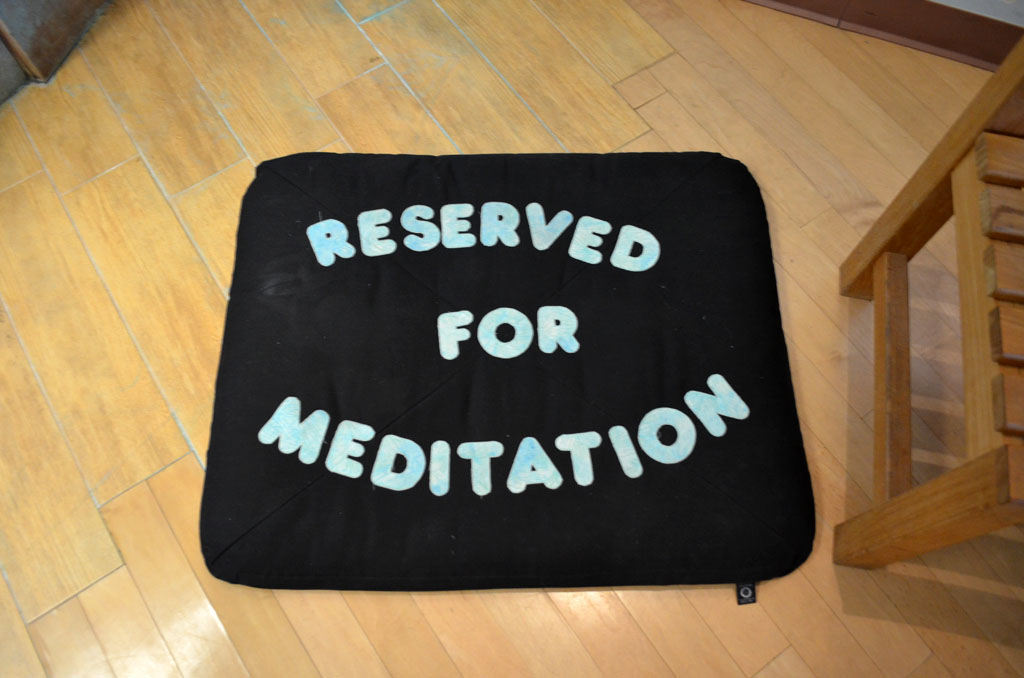